All our governors have a four year term of office. Each governor can be re-elected or re-appointed at the end of their term by their appointing body, except parent governors who must be elected by the parents of the school.

All governors have declared no relevant business and pecuniary interests including: 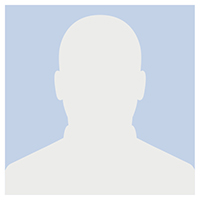 I am currently retired having ended employment in July 2011 after a total of 43 years with Thames Valley Police. I served 30 yrs and 9 months as a police officer rising to the dizzy heights of Detective Sergeant.

I specialised in Criminal Investigation spending 7 years on the Drug Squad, half of that time as Detective Constable and later as Detective Sergeant. In between I was seconded for two years to the South East Regional Crime Squad. In January 1983 I was seconded to the Home Office Forensic Science Laboratory as a Police Liaison Officer for three years.
I subsequently held a number of different posts as a Police Supervisor including time at Oxford, Abingdon, Didcot and Wallingford. In 1996 I became the first File Quality Manager for what is now South and Vale. As part of this role I established an admin hub for Licensing and Warrants at Didcot. After retirement in December 1997 I worked briefly as a Private Investigator for a Didcot based company before working for a short while at Rutherford Laboratory in the Finance section.

I returned to TVP at Oxford in the Identification Department during which time I helped in the introduction to TVP of an electronic ID process perfected by West Yorkshire Police. I returned to the business of quality assuring files en route to CPS as well as being Decision Maker in Youth Justice Cases. In 2007 I became Criminal Justice Manager for Oxfordshire taking responsibility for quality assuring all processes from Charge to final Court disposal in respect of Criminal Cases. This included managing performance of Warrant execution, Youth Justice processes and the supervision of 3,000 Licensed premises across the county. I was also instrumental in introducing pilot schemes in the Criminal Justice arena due to Oxfordshire being selected as a Beacon project on behalf of TVP. I chaired the Criminal Justice Mental Health panel, the Special Domestic Violence Court Operational Group, the Pre Trials Performance Management Group and the Cross County Licensing Group. Since retirement I became the Chair of the Didcot Neighbourhood Action Group; I am the South and Vale representative on the Thames Valley Neighbourhood Watch Association and I chair the Wantage Probus Club.

I believe in children being encouraged by family and schools together to achieve their full potential in order that they can become balanced Independent members of society who contribute to safe welcoming and thriving communities. 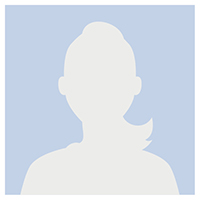 I’m Hayley Munro, a parent Governor acting as Link Governor for Early Years. With two children currently attending the school, in year one and the Nursery, I am committed to ensuring that Stephen Freeman continues to provide a safe and effective learning environment for our children. I am currently a Bid and Project Manager working for a major rehabilitation services company throughout the UK on behalf of the NHS. This and my previous role as an operations manager for a life safety systems company provide me with a financial, operations and general management skills which I believe can assist in the challenges our growing school will face in the coming years. As a working mother of two, I understand the balancing act many of the parents and carers within the school face and as such recognise how important it is that we utilise modern communication mediums to ensure that, together, school staff and families can provide a consistent, familiar and effective environment for our children to learn and grow.

In my spare time I enjoy reading, watching films and generally spending time with my family.

My name is Caroline Thompson, originally from a small sea side village in Northern Ireland, I moved to England in 1990 for work which provided me with the opportunity to move around the UK and over seas, living in some lovely locations. I work for the Ministry of Defence and have done for over 20+ years. I bought my first property in Didcot in 2004 whilst I worked at RAF Benson. I loved it so much that I am still here!
At home, I live with my partner Scott and have a daughter Ciara who is currently a pupil at Stephen Freeman in year two. In my free time, I enjoy exercising, be it a spot of Zumba, fight club or running. I look forward to being a part of the Governing Board and doing what I can to contribute in ensuring clarity of vision, ethos and direction of the school going forward.